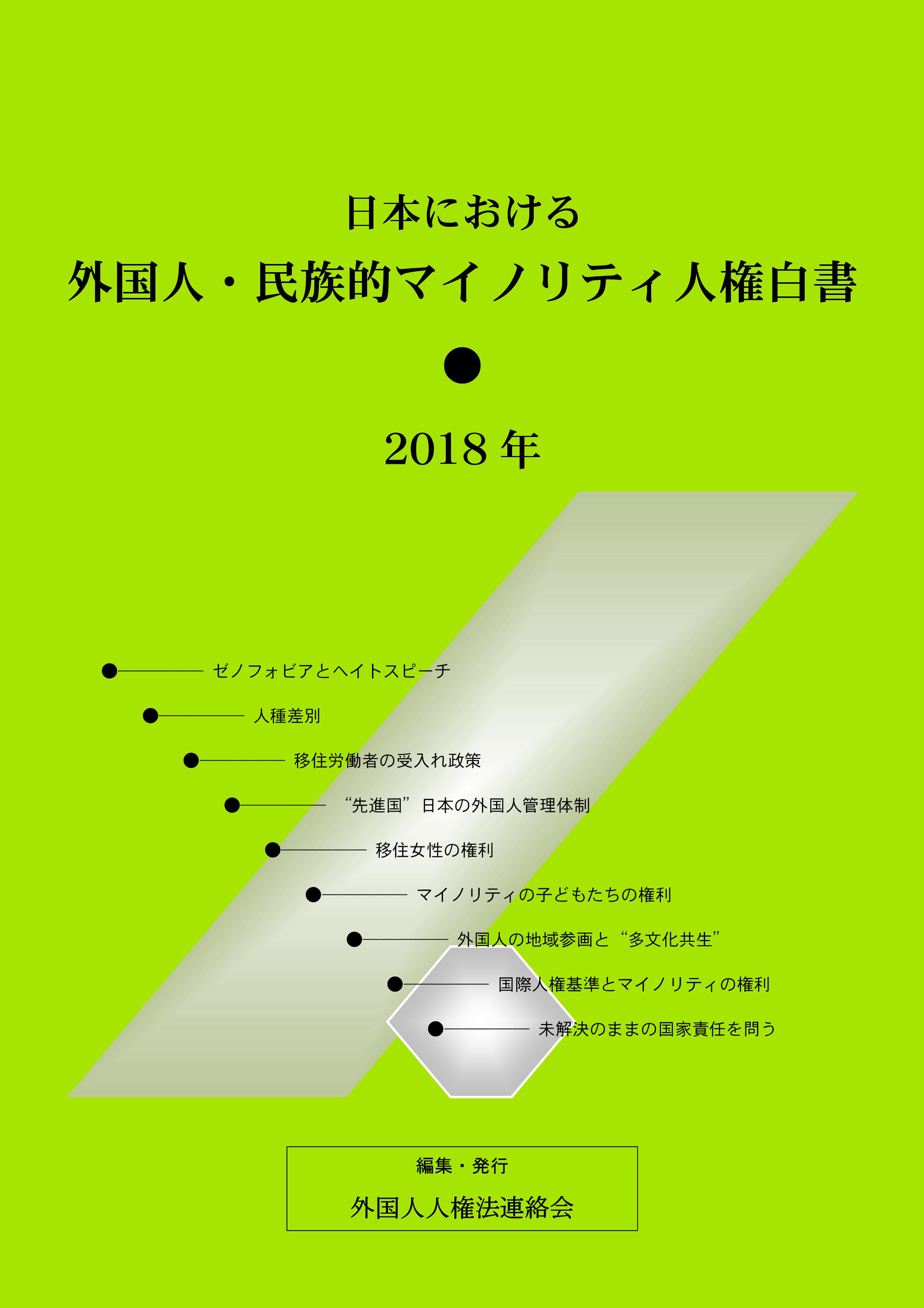 According to media reporting, two men rode in a van up to the gate of the headquarters of the General Association of Korean Residents in Japan (Chongryon), in Chiyoda Ward, Tokyo, and fired several shots by the handgun at the building around 4:00 a.m. on 23 February. The two suspects are identified as Satoshi Katsurada (right-wing activist) and Yoshinori Kawamura (member of a right-wing association). Both of them were arrested on suspicion of vandalism and reportedly admitted to the charges. According to the Public Security Bureau of the Metropolitan Police Department, it is reported, Katsurada told the police that “A series of missile testing by North Korea breached my limit of patience” and that he had planned to ram the car into the headquarters.

Katsurada was an advisor to an organization that had conducted rallies and street propaganda activities involving hate speech in 2013 in Trusuhashi, Osaka, one of the areas with the largest Korean population in Japan, and led the activities of the organization. He has also made hateful remarks again and again in hate rallies and street propaganda activities targeting Koreans in Japan with their roots in the Korean Peninsula, whether in the northern or southern parts; for example, in a rally on 25 December 2016 entitled “Put an End to the Relationship with South Korea! Mass Rally of Rage by the Japanese Nation”, he said, “We, Japanese, will not succumb to any pressure by South Koreans in Japan, anti-Japan groups and futei senjin [literally “lawless and defiant Koreans”, a historical term to denigrate Koreans before the end of the World War II]”. The assault at the Chongryon is nothing but “hate crime” (crime motivated by discriminatory thinking) based on discriminatory and xenophobic feelings against Koreans in Japan.

Upholding a society where human rights and dignity of all is guaranteed, and as members of such a society, we hereby raise our voice of protest that this kind of hate crime is not permissible at all.

We strongly urge the Government of Japan to take firm responses to the criminal act by taking the following measures.

The Act for the Elimination of Hate Speech (the Act on the Promotion of Efforts to Eliminate Unfair Discriminatory Speech and Behavior against Persons Originating from Outside Japan of 2016) admits that hate speech has imposed tremendous pain and suffering on victims and caused serious rifts in the local community (Preamble) and that the elimination of hate speech is a pressing issue (Art. 1), providing that the national government has the responsibility to implement measures to eliminate it (Art. 4 (1)). The criminal act conducted by the two men was an assault using the ultimate act of violence, which is shooting, being far more serious than verbal attacks. In the light of the sufferings among Koreans in Japan, accompanied by enormous fear and hopelessness, as well as the seriousness of social rifts caused by the message that Koreans in Japan are not members of the same society and that it is acceptable to kill or wound them, the Government should fulfill its responsibility under the Act by condemning the crime immediately and explicitly.

A number of countries, including European countries and the United States, have developed legislation to deal with hate crime by imposing heavier sanctions on such offences, which are motivated by discriminatory feelings against particular minority groups, than regular offences. In these countries, criminal acts that may be motivated by discriminatory feelings against particular minority groups, such as the one referred to in the present statement, will be subjected to detailed inquiries into motivations as well and be punished with heavier sanctions than the ones imposed on regular offences. Although Japan does not have hate crime legislation, the Government has reported to the UN human rights monitoring bodies that it is possible to take the pernicious nature of motivations and impose heavier sanctions on this kind of crime. If it is found that the shooting was motivated by discriminatory feelings against Koreans in Japan, the offence should be treated as hate crime and be subject to heavier punishment than ordinary acts of vandalism.

Contrary to the dominant story that Chongryon is preparing for terrorism, Japan has experienced a series of hate crime cases committed by xenophobic groups or individuals who have xenophobic ideologies in recent years. A series of hate crime cases against Korean school students occurred in the 1990s, which made it impossible for them to wear ethnic-style uniforms. Since the 2000s, when rallies involving hate speech started to be organized, such cases have occurred more frequently, including the assaults on the Korean school in Kyoto (December 2009 – March 2010), the assault on the Korean high school in Kobe (January 2014), the arson attack on the Korean Cultural Center in Shinjuku, Tokyo (March 2015) and the arson attack on a branch of the Io Credit Association in Nagoya (May 2017). Suspected cases of hate crime have kept on occurring this year, including the incident in which the windows of a facility of the Korean Residents Union in Japan have been broken.

The case of hate crime referred to in the present statement was committed by the individuals who have repeatedly made hateful remarks, which bears eloquent testimony to the fact that lack of measures against hate speech can directly result in hate crime and violence. It also highlighted the insufficient effect of the Act for the Elimination of Hate Speech without provisions to prohibit and sanction hate speech.

In addition, we also call on the media to take it seriously that the incident, which demonstrate the escalation of xenophobic ideologies into the actual shooting, has made a number of Koreans in Japan and others with their roots in the Korean Peninsula, whether in the northern or southern parts, feel terrified and insecure. The media should inquire into and report on the background of the shooting and make it clearer that they will never tolerate hate crime.

We will keep on making efforts to create a society where human rights and dignity of all is guaranteed and everyone can live with a sense of security.